Ben Stokes remains the “man to be counted on”, insists fast bowler Mark Wood, who hopes England can hit top gear in Thursday’s T20 World Cup semi-final against India at the Adelaide Oval.

Stokes was averaging just 9.8 with a 100 strike-rate in his last six T20 innings before this weekend but England’s 2019 50-over World Cup final hero delivered when they were teetering against Sri Lanka.

His unbeaten 42 off 36 balls was just what was needed to get England to victory by four wickets with two balls to spare in Sydney in a scrappy chase to pip Australia to second spot in their Super 12s group.

The contribution was another example of Stokes keeping his composure, just as nerves looked to be setting into the England camp, and Wood knows how redoubtable his Durham team-mate is.

“He’s a good man to have in a tough situation,” Wood said. “I know people have questioned him but when you need him, he stands up. That’s why you have him in the team.

“That’s another moment in his career that when you look back you can say when the team needed him he was the man to be counted on.

“He didn’t look phased or anything like that because he’s been there and done it before. You think we’re under pressure but he just takes it in his stride and knows exactly what he’s trying to do.

“We know how good he is and that if we’re in trouble, he’s the man that never gives in, he never gives up and he always seems to come through when we need him the most.” 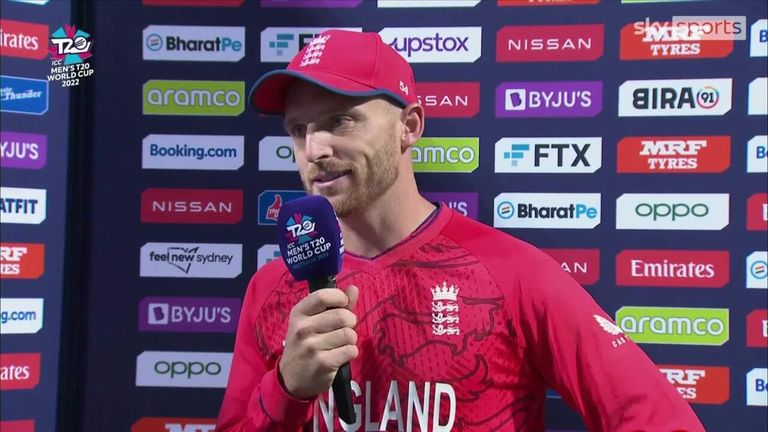 Salt could be the man if Malan misses semi-final

Stokes came out at first drop on Saturday after Dawid Malan tweaked his left groin during Sri Lanka’s innings, pulling up sharply after chasing down the ball, and he did not bat in England’s reply.

England’s physios are monitoring the injury over the next day or so before deciding on the next steps.

If Malan is forced to miss out against India, England’s spare batter in their 15-strong squad is Phil Salt so he could be brought into the XI if they decide on a like-for-like replacement.

“He’s one of the only ones that faces the bowlers (in the nets),” Wood said. “Normally the batters like dog sticks but he takes on the bowlers and I think he’s chomping at the bit.

“He’s been ready for a while and he’s got something about him.”

Wood irritated by his sluggish starts 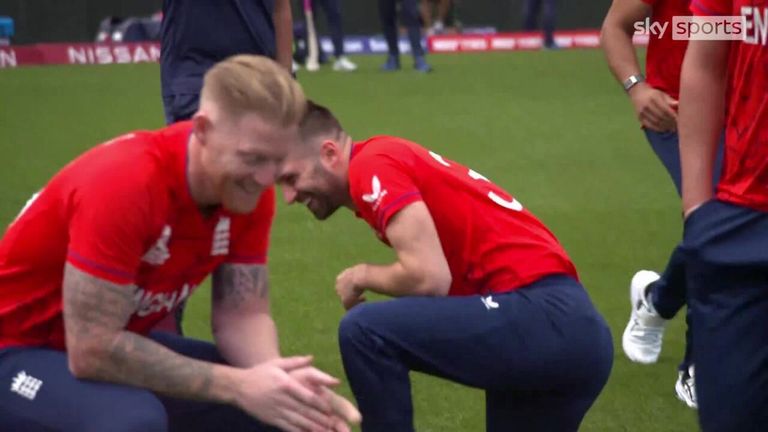 During the England cricket team photo shoot, Stokes jokingly knocked Mark Wood off of his chair

Wood, who has consistently hit the mid-90mph range throughout England’s campaign, admits he has been irritated by his sluggish starts of late having leaked 17 in his opening over against Sri Lanka and was also expensive in his opening six-ball bursts against New Zealand and Ireland.

“I’ve got to stop making a habit of that,” he said. “It’s getting annoying having to drag it back. I wish I didn’t have to do that.

“I’m pleased I’ve shown some character and some pride in my performance to drag it back, but I’d like not to get in that position in the first place because at times I’ve taken wickets up front in the powerplay. But in the last couple I’ve gone for a few, so it’s something I need to work on.”

Watch England’s T20 World Cup semi-final live on Sky Sports Cricket on Thursday. An hour-long build-up begins at 7am ahead of an 8am start at Adelaide Oval.