T20 World Cup: Jos Buttler says England will be up for Australia test at MCG on Friday | Cricket News

England captain Jos Buttler says his side will be up for the challenge when they take on Australia in a T20 World Cup blockbuster at the MCG on Friday.

England suffered a major setback as Ireland claimed another momentous victory over their rivals, having been given a helping hand by the rain in Melbourne.

Captain Andrew Balbirnie’s 62 off 47 balls underpinned Ireland’s 157 all out in 19.2 overs, but England lurched to 86-5 under heavy cloud cover and, despite a late burst of boundaries from Moeen Ali, they were still short of the Duckworth-Lewis-Stern par when the heavens opened.

The delay proved terminal as England, on 105-5 when the downpour started, slipped to a five-run defeat under the DLS method, delivering a hammer blow to their hopes of reaching the semi-finals.

With defending champions and hosts Australia to come on Friday, Buttler promised his team will be up to the task, saying: “Ireland outplayed us. The better team won today. We made a mistake here which has put even more pressure on us in a tough group, but if you needed a game to get up for – a must-win game – England and Australia at the MCG is certainly one of those.”

Buttler had chosen to chase knowing that a revised equation could be on the cards, but felt the benefit of that decision was squandered early on. 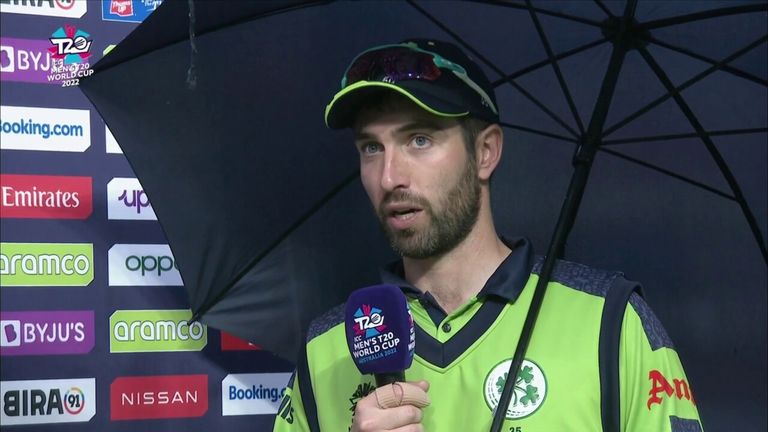 There was a lack of discipline in helpful bowling conditions in the first half of the Ireland innings, during which Balbirnie led his team to 92-1.

It would prove a decisive passage of play.

“In the first 10 overs with the ball we were poor, a long way short of where we needed to be and we let Ireland get away,” said Buttler.

“We weren’t consistent enough, we let them score on both sides of the wicket in some favourable bowling conditions. Everything was in our favour, winning the toss and electing to field knowing there was weather around. We didn’t take advantage of that. 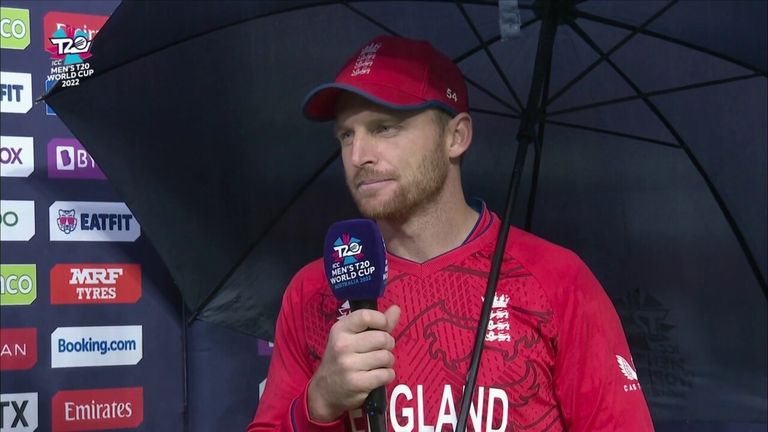 Michael Atherton sees Friday’s clash between Australia and England as a virtual “knockout” for the superpowers of the group.

The Sky Sports pundit said: “I haven’t looked at the maths of it but I imagine it’s almost like a quarter-final now. It’s effectively a knockout game very early on in the competition.”

“What a spectacle this is going to be and if you look at it preferably you lose none. England have lost one – if they lose two, they’re out,” said former captain Eoin Morgan.

On Ireland’s win, Morgan added: “You look back at the upsets in Irish cricketing history and this is right up there.

“The England team they were playing today is one of the most talented and versatile T20 teams we’ve ever put out so hugely significant win for Andy Balbirnie and his team.

Watch England next T20 World Cup game, against Australia, live on Sky Sports Cricket on Friday. Build-up begins at 8.30am ahead of a 9am start at the Melbourne Cricket Ground.